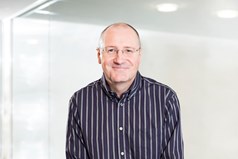 The good news is that Scotland has significant spending power, with a budget of £13.3 billion noted in Scottish Government’s Procurement Report from 2019 -20.

However, from my experience as an investigator into cartel conduct, where there is money to be had illegality, motivated by a mix of greed and opportunism, can creep in.  I urge all public procurers to be alert to possible procurement fraud and in particular bid rigging practices.

Bid rigging, where suppliers get together to decide among themselves what they will bid and who will win a contract, remains a key risk in public procurement. It can artificially increase prices by at least 20% and sometimes more and those involved will often go to great lengths to hide wrongdoing.  However, there are some common red flags you should be alert to.

The CMA has taken a number of cases that have affected public bodies across the UK and has been particularly active in the construction sector – issuing a total of £67 million in fines across 5 separate cartel cases, a number of directors have been disqualified and there have been two criminal convictions.

Now add into the mix the pressure suppliers have faced following EU Exit and the huge impact of an ongoing global pandemic.  There is a perfect storm for rivals to stray into collusive agreements in order to protect margins or simply because they see an opportunity to cut corners and cheat to win a contract rather than innovate or work hard.

The ultimate loser when anti-competitive agreements among suppliers take hold in a procurement process is the taxpayer – denied a fair deal.

The CMA is rolling out a programme of engagement with public procurers to share learnings from previous cartel cases and draw out advice on common bid rigging red flags to help you better spot and report suspect activity in your procurement projects.

Free advice at hand to help you

The CMA has a free e-learning module, alongside advice for public sector procurers on the subject of illegal collusion in procurement and bid rigging red flags - visit the CMA’s Cheating or Competing campaign page to access this support.

Sean will delivering an online webinar as part of Scotland Excel's Annual Conference in May.  Look out for further details soon.

Bid rigging can cost the Scottish taxpayer money. Be alert to the possibility that your suppliers could be rigging bids and report any suspicious behaviour to the CMA via its Cartels Hotline 020 3738 6888 or email Cartelshotline@cma.gov.uk